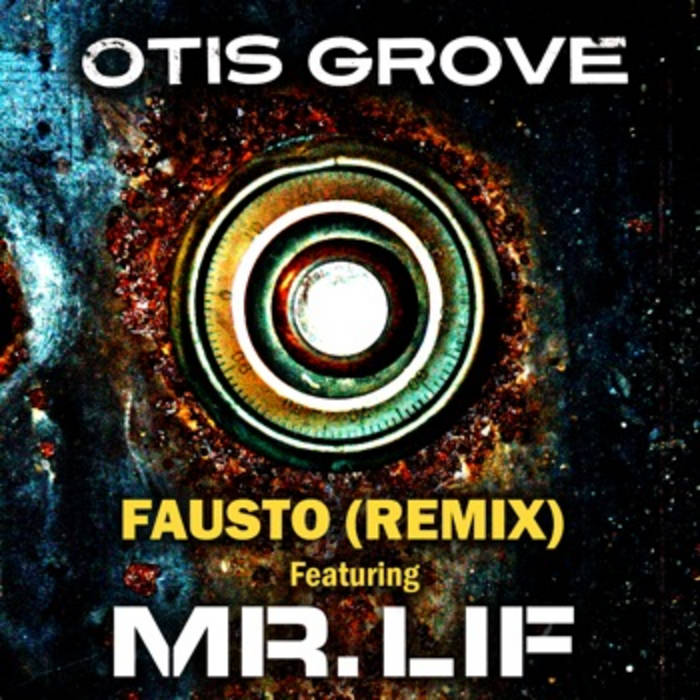 "Since the poetry relieves me, I write a flow and take it easy" rhymes Mr. Lif in the re-mix of Otis Grove's "Fausto".  It was an easy collaboration between the two Boston based artists. Otis Grove had long admired Mr. Lif's music from the time of the band's inception, so when it came time to create a bonus track for their upcoming release "The Runk" it was an easy decision as to whom to collaborate with.   A revamped version of the final cut off of "The Runk" produced by Adam Rourke, who also recorded and mixed the album, brings the aggressiveness of the track to maximum intensity.  This lays the groundwork for the dark picture that is painted by the lyrics and the repetative chorus chant that urges the listener to get down and just "Rock to it!".   As the hard rock beat morphs into a mellow yet equally intense groove, the lyrics change their reflection to a more positive light. In true Lif style the listener is left finding themsevles in a thought of reflective self discovery,  "If I embrace the day, the worries fade away, I go for what I know and tend to glow and radiate."  Through their collaboration Otis Grove and Mr. Lif have made a track that is truly unique, capturing the essence of both artists.

"Mr. Lif has become perhaps the most touted lyricist in Boston Hip-Hop history" (Boston Phoenix 12/1/00). Since his 1997 debut on Brick Records Rebel Alliance LP, Mr. Lif has released numerous singles, an EP and a live album to international critical acclaim. 1998's "Elektro," and 1999's "Triangular Warfare," which featured B-side production from underground kingpin El-P (then of Company Flow), introduced the world to Lif's infectious delivery and distinct voice. In the Fall of 1999 Lif hooked up with the Beastie Boy's Grand Royal Records for the release of his third single "Farmhand" as part of the 12" series Blow up Factor.  Tired of clichés, a culture in crisis, and a floundering economy, Lif stands apart as a new breed of MC appealing to listeners tired of hearing about the trivialities of hyper-consumerism and egomania that have infested hip hop culture and society. Based on the strength of his releases and relentless live show, Lif has been featured by MTV, Rolling Stone, SPIN, The NY Times, Entertainment Weekly, and XXL among others.