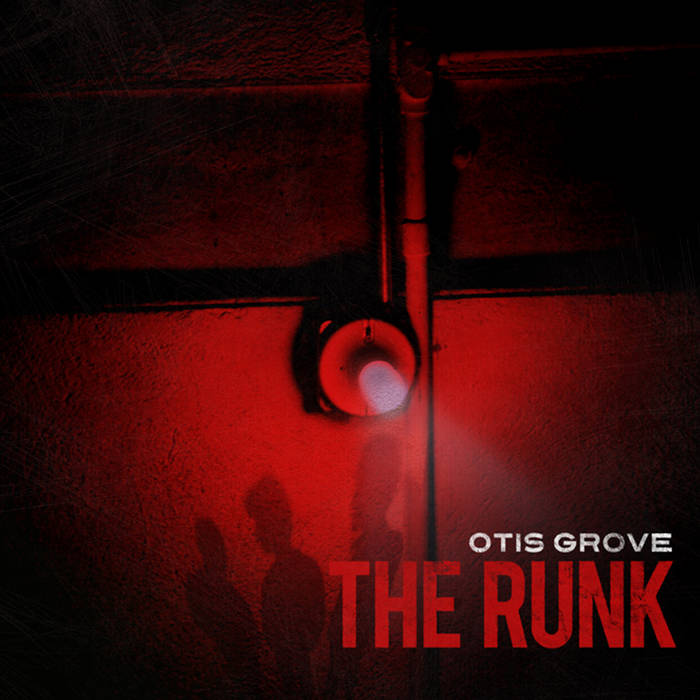 The idea for The Runk went beyond just the collection of songs that Otis Grove had for the album. The band's sound had started taking on harder edge characteristics that can be heard on some of the earlier cuts off of their first album for Ropeadope, Crank it UP. The Runk took those ideas and expanded them further, fully embracing heavy rock grooves and sounds that can be heard prominently in songs "Monark", "Rock City" and "Plywood Snowshoe". The Runk (which is a mixture of Rock-Funk) was what they started calling this new sound that they were developing. While recording the record Otis Grove used the studio to their full advantage, over-dubbing multiple guitar parts with many different amps to get the right tone, as well using Guitarists Tyler Drabick's custom made "Super Organ and Leslie" a high-powered Organ and Leslie speaker system that they use to get the fuzzy almost synth like bass that you can hear in the solo section to "Rock City". Other songs on The Runk, veer towards more of the funk edge side of things, such as "The Bunk" "Basket Case" and "I Won't Forget", while still having a gritty rock edge to them. The concept of the record was not only to capture the song's that are truly "RUNK" but those that set-up the building blocks for them to create the sound. This explains the title to "Uncle Runky" a slow r&b type jam, which is pure funk, and is truly the Uncle to the Runk, cause without that feel the Runk would not be what it is. The closing song "Fausto" really embodies Runk music, starting out with a heavy guitar riff and soaring distorted organ chorus, it then mellows out into a nice funk groove and guitar solo, only to return once again to the heavy riff for the ending. It is a great example of what Otis Grove feels is their own musical style that they call "The Runk".