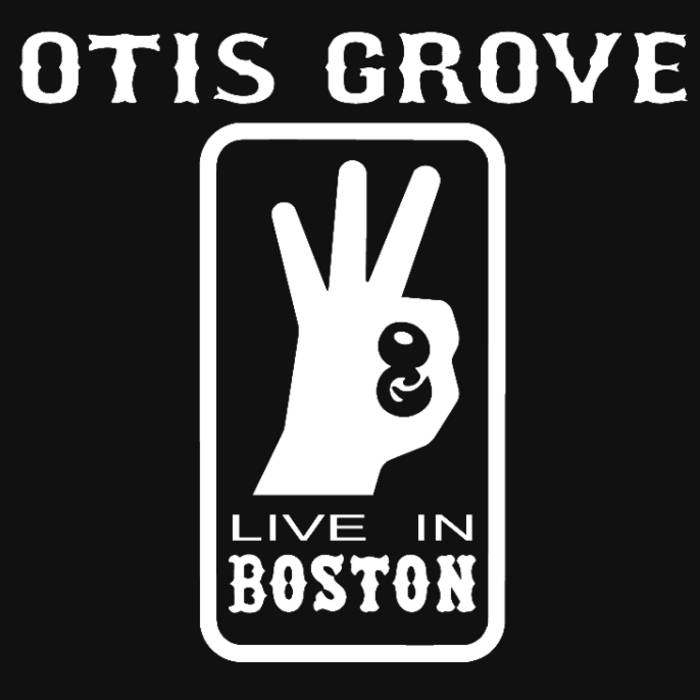 In late 2011, promoter Jeff Wallace of MySecretBoston.com approached Otis Grove about doing a month long residency at Church rock club in Boston.  The idea was to create an evening of good music every Tuesday, where the bands had full creative control and that was completely free for the audience.   Otis Grove agreed to do the idea, but decided to take it a step further.  Why not use the residency as a vehicle to record their first ever Live Album?  The idea of doing a live record had intrigued the band for years, but they never found the right venue or time to do it.  With the offer of this residency appeared the opportunity they had been waiting for, not only was this club in their home market, but the night was put on by a good friend who could help get the word out and promote.

Yet they took it one step further, with OG's desire to make every night a unique musical experience, they decided to enlist some of their favorite local musicians to join them each night, collaborating on original Otis Grove music as well as the artist's own songs.  They recruited bassist Aaron Bellamy, The Hornitz, vocalist Jesse Dee, guitarist Johnny Trama, MC Kabir, DJ Axel Foley, Trombonist Brian Thomas and Saxophonist Jared Sims from the Akashic Record.  They also got there friends to set up their own lights, multi-track record each show and encouraged artists to come and vend.

Tuesday nights in March 2012 would never be the same, each week was completely different musically as well as visually from the week before. It created a unique vibe in which the residency flourished. Through four weeks of packed show's and amazing artistic collaboration Otis Grove had the makings of an excellent Live Album.

After sifting through over eight hours of music, Otis Grove dwindled it all down to ten tracks that best captures the diversity of each night.  All of the musicians are represented from the Al Green soul of 'I'm a Ram' featuring Jesse Dee and Johnny Trama, the hip-hop verse on OG's own 'Pure Luck' to the big band funk with Aaron Bellamy and the Hornitz on 'Crosstown Traffic'.  Not to mention additions of DJ Axel Foley, Brian Thomas, Jared Sims and some good old OG trio work.  The song selection gives an excellent representation of the special vibe those Tuesdays in March held.

The artwork of the record also has roots in the residency.  OG had enlisted local photographer Kevin Chubbuck, to photograph each night which is represented on the inner cover of the CD as well as the galleries online.  The back cover of the album is the poster that was custom designed for the event by local artist Dan Blakeslee and the front cover is a variation on the 'Made in Boston' design by local artist Mikey Maker who was a presence each week vending his own art.   This CD is truly a collaborative effort from all of the musicians, artist and promoters who helped put on this event each week.  It is much larger than just Otis Grove, it encompasses the artistic community which they involve themselves in on whole.  It was the collaborative spirit that helped to create this record, so Otis Grove is proud to present to the world not just the music, but what Boston has to offer as artistic haven of creativity and music. They present to the world Otis Grove 'Live in Boston'.